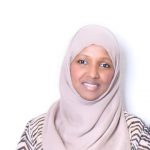 Shamso was an endocrine nurse who had Grave’s Disease for ten years before opting for a total thyroidectomy in 2015. She knew the risks but had a good surgeon so was sure she would recover quickly. On the day another surgeon operated. Afterwards he told her that it had been a difficult operation but that it went well.

Shamso felt tingly that night and bloods were taken early the next morning. On the ward round, the registrar said her results were ‘deranged’ but the consultant said they were ‘perfectly fine’ but started her on calcium anyway and sent her home. The registrar gave her his mobile number and before she went home she went to the nurses station and checked the results – they were low. By 10pm symptoms worsened. She had to call the registrar who advised more Sandocal and she felt better. At her post op visit the surgeon put her on 4mcg of Alfacalcidol which the clinic later increased to 6mcg and 6 Ad Cal. Her calcium levels shot up.

Shamso called her endocrinologist who reduced her dose to 2mcg Alfacalcidol after which things settled down. Now diagnosed with post surgical hypoparathyroidism, she saw her endocrinologist regularly who listened to her and made necessary adjustments to her dose and she continued well.

In 2017, Shamso asked her endocrinologist if she could become pregnant with hypoparathyroidism. He said she could and helped her though her pregnancy.

However, understanding of hypoparathyroidism at the pre-natal clinics was somewhat lacking. Shamso found she had to battle every step of the way to get appropriate care and a trip to her local A& E with high calcium proved especially difficult when they refused to do a calcium blood test.  ‘We don’t routinely do calcium’.

Shamso found out from Hypopara UK what she needed to have included in her birth plan which she insisted was documented in her notes by the medical Obstetric Registrar. Without that she would have been in trouble when the on-call obstetrician told her that calcium was not an emergency blood test and said testing wasn’t needed. As it turned out, Shamso’s calcium was extremely high due to dehydration caused by  hyperemesis gravidarum (severe vomiting).

The group empowered me to stand up for what I knew I needed, such as my birth plan. I had to fight all the way.‘ 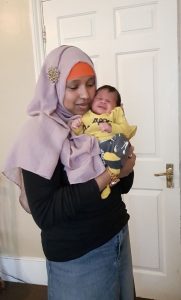 Shamso had an emergency caesarean and lost a lot of blood. Thanks to her birth plan she was tested after the birth and her calcium was extremely low. No action was taken so she emailed the medical obstetric team who came to see her and adjusted her medication. Shamso is now being regularly monitored as her levels change to due breastfeeding, and her beautiful son, born with high PTH levels, is also being monitored.

Shamso says ‘ Thanks to Hypopara UK I learnt what I needed to know. I found out I had low vitamin D and magnesium levels and insisted these were treated and monitored. Without the support and advice of the other mums in the brilliant facebook support group during my pregnancy I don’t know where I’d be.  The group empowered me to stand up for what I knew I needed, such as my birth plan. I had to fight all the way.‘

Her advice? ‘Don’t just sit there and wait for something to happen. Educate yourself and take control! ‘