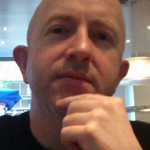 I was diagnosed with hyperparathyroidism in July 1989 when I was 18, purely by accident. I was having a blood test for another reason and was told my calcium was extremely high. I was hospitalised immediately.  I then found out that my cousin and uncle also had parathyroid disease.

I had no symptoms, although I was never the most energetic person. It used to be commented on how much water I drank….

I was referred to an endocrinologist as soon as I was admitted to hospital, and a variety of scans found a benign adenoma on one of my parathyroid glands. I had two glands removed.

I was fine until 2002 when I felt ill again. I was seen by an endocrinologist and he booked me in for another parathyroidectomy. Sadly, the surgeon removed all my remaining parathyroids by accident and I now have hypoparathyroidism.

There is still life with hypoparathyroidism. PTH may not cure everybody, but it’s as close to it as I have come.

I have had many lows and felt ill for most of my thirties. It was very hard to get help as all my blood test results were normal despite me feeling like death warmed up. GPs were just not interested. I coped by sharing experiences with my cousin who was going through the same thing.

A year ago I was enrolled in the REPLACE trial to test recombinant human parathyroid hormone (PTH) and found that life could get back to normal. I was very angry to be taken off PTH at the end of the trial and had a lengthy battle with the local PCT to get back on it again. Having an interested endocrinologist who really put himself out to help me and fight with me has restored my faith in the NHS.  I now have a daily injection in the thigh. Life has become much more normal since being on PTH!

The message I would like to give on World Hypoparathyroidism Awareness Day is that there is still life with hypoparathyroidism. PTH may not cure everybody, but it’s as close to it as I have come.