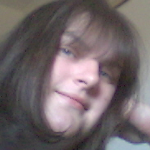 Mandy was diagnosed with Graves’ disease in 2002 after being incorrectly told that her test results were normal the previous year. She spent some time taking medication, and then had a total thyroidectomy in 2003. She says:  ‘I don’t remember exactly what I was told about possible parathyroid damage, but I do know it wasn’t seriously discussed. I think it was just glossed over as something that was highly unlikely to happen anyway. It obviously wasn’t explained properly, as I was confusing tetany with tinnitus! We spent more time talking about possible vocal cord damage.’ She now has permanent hypoparathyroidism.

She started to feel strange a few hours after the operation. ‘My head felt fuzzy and I had pins and needles all over my body. It got worse over the next couple of hours, it felt like my face was swelling and the pins and needles were so bad that it felt like I had thousands of maggots under my skin, and it felt like every hair on my head was moving. My hands and feet were numb with them and I had trouble walking properly. Unfortunately I wasn’t on a surgical ward due to lack of beds so staff weren’t aware what to expect after a thyroid operation. A junior doctor came to see me but didn’t know how to treat me. By the time the senior doctor came to see me in the morning, I was cramping quite badly and hyperventilating through panic. He tapped my cheek (Chvostek’s Sign) and ordered a calcium drip. I was then put on calcium and Alfacalcidol.

‘I remained unstable and was off and on calcium drips for 11 days. My surgeon came to see me every day – he explained about the parathyroids and what appeared to have happened, although he seemed certain at the time that at least three out of the four were working correctly when he finished the operation. He sent me home as soon as my calcium remained above 1.80.’

Mandy’s GP basically left her to self-medicate and left her care to her surgeon, who discharged her after a year. ‘Five years after my operation, I went to see a different GP in my practice who asked if I thought I really needed to be taking the calcium meds! This was when I discovered that hypoparathyroidism was not written anywhere in my file at all!’ Her new GP reviewed her meds and listened, and fought to get her an appointment with an Endocrinologist out of her area who had been recommended to her.’

She continues: My life has changed dramatically since I became ill. I used to have two jobs, my own flat in a central location, lots of friends and a busy social life. Now I am unable to work, I live quietly in the country with my dog and have become quite isolated. I’ve lost touch with a lot of my friends since I’ve moved away, and I don’t have the energy to go out much now at all. I’m continually tired and feel old before my time. I look back on my life before my operation, and it feels like I’m looking at a completely different person.’

On World Hypoparathyroidism Awareness Day, Mandy says ‘I’d like to remind everyone just how important knowledge is. If all the doctors I’ve met along the way had more practical knowledge of HPTH, I might not have had such a hard time getting treatment.’