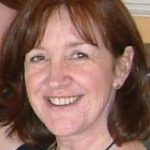 Liz had thyroid surgery in 1992 for thyroid cancer. Before the operation, she says, ‘I had no idea what the parathyroids were. They were never mentioned and there was no information available then to help me ask the right questions.

I was told simply that it was a very straightforward operation and afterwards I would just have to take a pill a day to replace the thyroid hormone. A small risk to the vocal chords was mentioned which concerned as I was a teacher.’

I was told it was a very straightforward operation

After the operation, Liz says, ‘I felt very unwell and eventually I was put on an intravenous calcium drip. The next day I still felt dreadful and got progressively worse. By the afternoon I was feeling very weak and my hand started to cramp up in front of the registrar who kept looking at his clip board telling me that at 2.19 the calcium shouldn’t be doing that and really wasn’t that low.

My body began to twist up dramatically and a few minutes later I was heaved onto the bed as I went into a rapid, total body seizure, unable to move a muscle but conscious – hugely painful and massively distressing. It took several phials of calcium to bring me out of it and took me years to get over the trauma.’ (That blood test had been taken in the morning and was no longer relevant. When the registrar came back he apologised and I made him promise to always look at the patient as well as his clipboard and to accept that the test result may have changed rapidly and dramatically.)’

She was put on calcium and Alfacalcidol before going home. ‘My levels kept falling. The hospital monitored me for some months and eventually told me I was bringing it on myself and discharged me. For many years I was left to manage my levels myself. I had frequent precipitous hypos and became a regular visitor to A & E for tests and intravenous calcium and was many times denied a blood test until I had a seizure.

I researched and discovered the benefits of vitamin D3 and magnesium – my levels were almost non existent. Increasing those levels helped a lot but didn’t solve the problem. Finally, ten years after the operation, two people arrived in my life: a wonderful new GP who fought my corner, sent me off to 6 consultants and arranged for calcium blood tests to be done whenever I needed, and the 7th consultant who confirmed the diagnosis of brittle hypoparathyroidism, agreed I was being undertreated and increased my Alfalcalcidol.

Thanks to them and the new medication doses, my hypos are less frequent. I have more strength and energy and I have started going further afield, always in company, but it’s a big step.’

Not until some years after surgery did Liz actually come across the term ‘hypoparathyroidism’. ‘I was never told I had a condition at all. Years later a registrar mentioned in passing that I had hypoparathyroidism and I was at last armed with a search term.

I came across the new USA Hypoparathyroidism Association in 2003 and as I tried to read the website through my tears I knew was no longer alone in the dark. I was determined that others wouldn’t go have to go through the same appalling experience so I founded HPTH UK ( as it was first called) which went online in July 2005 and here we are.

This is a real and difficult condition that is different for each person and needs careful long term management and understanding.

To my astonishment we had over a hundred members almost over night and we now have nearly 2000. Never again will people have to go through all this alone – and together we will continue to campaign to secure the treatment and resources we need.’

On World Hypoparathyroidism Awareness Day Liz’s message is: This is a real and difficult condition that is different for each person and needs careful long term management and understanding. Patients and doctors need to work together to avoid crises when calcium levels need adjusting and patients need to be sensitively supported to manage their own condition where possible, with regular testing and an online test result checker for hypopara patients (like Renal Patient View for kidney patients) made available.