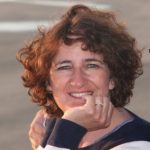 Jane had four-gland disease and has permanent hypopara following surgery. After difficulties managing her hypopara with alfacalcidol, calcium, and Sandocal she is now taking the injectable form of PTH (Forsteo) to control her blood calcium Since starting the injections my quality of life is hugely improved. I first became aware that I was not feeling “right” in 2010 aged 50. I was tired all the time, irritable, forgetful, and wasn’t sleeping well largely due to having to get up to pass urine at least twice a night. I lost my appetite and lost lots of weight. My muscles ached terribly and I just had no energy or lust for life. This was not like me at all. Previously, I had always been energetic and kept very busy with my four children and busy job as a nurse. I saw my GP, and she thought I was just under a lot of stress with my life, and was menopausal. I continued to feel dreadful and continued to see my GP feeling that something was very wrong. After some months, eventually a blood test revealed a high calcium level and I was referred to an endocrinologist. I spent the next two years being “watched” to see if my calcium went up any more. Scans and ultrasounds failed to identify any problem which was very demoralising and frustrating for me. I asked for a second opinion, and eventually one of my parathyroid glands looked “odd” on an ultrasound and I was referred to a very experienced endocrine surgeon who operated in March 2013. By this time I had been ill for almost three years, felt very depressed and had not been able to do my job or function properly as a wife and mother for much of that time. At the operation all four of my parathyroid glands were found to be hyperplastic, and so were all enlarged. The surgeon removed 3 1/2 glands, along with half my thyroid, thymus gland and all the lymph nodes in my neck as they too were all found to be hyperplastic. Sadly, the remaining half parathyroid gland never worked and I was very unwell post-operatively with crashing levels of calcium. I was left with permanent hypoparathyroidism. My doctors tried to control my calcium level with alfacalcidol, calcium, and Sandocal, but I was one of those patients who was very hard to manage with these drugs as my calcium levels would swing violently up high, then come crashing down. My quality of life was just awful as I needed to attend the hospital for frequent blood tests and dose adjustments. I found I would rarely be able to do things I had planned and became increasingly more unsociable as my health deteriorated.

Something had to change. I didn’t feel as though I could go on living like this.

Something had to change. I didn’t feel as though I could go on living like this. I had read that some patients did much better on the injectable form of parathyroid hormone (PTH), but that it was difficult to get funding for this drug (Forsteo) as it is currently off-label for hypoparathyroidism. I decided to try and get this drug, and my doctors applied on my behalf. In April last year I was lucky enough to get funding to try this drug as I was so difficult to manage on the other drugs. I am happy to say that since starting the injections my quality of life is hugely improved. My calcium level is much more stable, and as a consequence I can do much more of what I have planned.

Since starting the injections my quality of life is hugely improved

Sadly, PTH has not helped my muscle weakness/aches/memory or general fatigue, but I feel so much better in myself without my calcium swinging around, and feel I can manage these problems by pacing myself. Two years ago the doctors also discovered I had a pituitary tumour (nonfunctioning). This, in conjunction with parathyroid hyperplasia, and pancreas disease can sometimes be due to a syndrome known as MEN1. (Multiple endocrine neoplasia). As I have two out of three organs affected for this disease I am currently undergoing full sequenced genetic testing through the Genome research programme and should receive results in the next few months confirming whether I carry the gene for MEN1 or not.