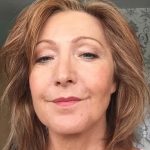 Jackie, who has four boys, has idiopathic (unexplained) hypoparathyroidism

The year was 1966 and I was six years old. I was experiencing the symptoms of a severe stomach bug, vomiting and diarrhoea, I couldn’t stand the sight of food – not even a picture or on television. When my mum was cooking dinner I would shut myself in my room because the sight and smell would make me heave. Meal times consisted of trying to make me eat, it was a living hell.  I constantly had an upset stomach and this caused severe blistering making it hard for me to walk.

My parents took me to see our GP as I was getting sicker and sicker but he told them there was nothing wrong with me.  I was sent to school every day but I would just put my head on the desk and go to sleep.  My teacher realised there was something wrong and would send me home, my parents would then take me back to the doctor again who would tell them nothing was wrong and that I was a naughty girl seeking attention so I didn’t have to go to school. No tests were ever done; this went on for a few weeks.

One Saturday I woke up in total body muscle spasms, an ambulance was called and I was taken to a local hospital (Westcliff-on-sea) for incurable diseases as they thought I had tetanus; by that time I was in considerable pain.  I couldn’t bear blankets touching me or even people talking around me as the noise hurt my ears. Here blood tests were done but I don’t think they knew yet what was wrong.

A paediatrician from the Southend General Hospital used to walk the wards and came across me.  He diagnosed me with hypocalcaemia and a calcium IV was set up. This worked temporarily but they could not sustain the level, so I was transferred from Westcliff to Southend hospital to his care.

The medication they gave me was Sandocal calcium with cod liver oil on top which was the vitamin D I needed to absorb the calcium. It did not go down well with a six-year-old but I would drink it after looking at it for hours.

After a while I was transferred to The Royal London Hospital under the care of an endocrinologist.  Sandocal and Calciferol were given. I was getting better but still survived on very small amounts of food, mainly chicken and cheese, and I would only drink Lucozade which was a brand new drink then.  I credit that for saving my life as it was all I could keep down when I was at my worst.

In my teenage years my calcium levels were very erratic and I had mainly high calcium as I did not have the knowledge to adjust levels.  During my pregnancies – I have four boys – the calcium levels changed, but by then I could usually tell what was happening so they didn’t go out of control. By the third trimester of each pregnancy the calcium intake had to be tripled to cope with both the baby’s and my needs.

My condition is described as idiopathic hypoparathyroidism as they do not know the reason for my parathyroid glands failing. I have had genetic tests and it is not a hereditary illness in my family. I often wonder about being ‘normal’ but I have no recollection of my life before HPTH. I manage day to day almost instinctively feeling what amounts I need for the activities I am doing that day. I have dips and highs in levels but I correct them myself.

It would be nice in the future to have a home monitoring device as diabetics do to be able to check instant calcium levels in the blood, this would help with preserving our kidneys. I compare HPTH with diabetes but we do not get the same level of care, calcium is a very destructive mineral.

My kidneys are at stage 3CKD, and my wish for the not too distant future, would be the approval by NICE of parathyroid hormone for treatment of HPTH. This is what I need to make my body function normally.  You wouldn’t deprive a diabetic of insulin would you!