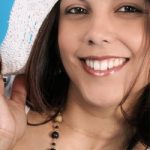 I was fifteen when I knew something was seriously wrong with me. My neck had swollen to twice its size and felt like a solid mass. My then GP didn’t believe I was sick and told me I was just going through puberty. It was only the protruding hard lump that had appeared in the side of my neck months later that finally convinced the GP to refer me to hospital.

By then it was too late. The biopsy confirmed I had thyroid cancer, which had also spread to my lymph nodes. That was in December 1987.

In January 1988 I had a total thyroidectomy, an operation to remove my thyroid gland, followed by radioactive iodine treatment, a form of radiotherapy.

All four parathyroids were also removed.

Having been treated for cancer, I was now left with permanent post-surgical hypoparathyroidism. It wasn’t until 25 years later that I learned what this meant.

I feel lucky that I have a team of doctors that understand the condition. However I am very aware that there are plenty of medical professionals who still have a lot to learn.

The daily medication I take is to keep me alive. I take a high dose of levothyroxine, to maintain levels in a range high enough to suppress the production of thyroid stimulating hormone (TSH) from the pituitary gland, which is to prevent the cancer from returning. I take a potent steroid form of a pre-activated vitamin D called Alfacalcidol which aids my body absorbing calcium into my bloodstream. Plus, I take an array of calcium supplementation.

However there are lows and highs of taking medication:

I had my first hypocalcaemic crash in my early 20’s. I had no idea what was happening to me. I didn’t know at that time it was related to my medical condition or even lack of blood calcium. I remember being incredibly frightened. My then GP was clueless. He referred me to a clinical psychologist and reduced the dosage of my medication without consultation with my endocrinologist. Needless to say, I was in a mess and my TSH levels had increased significantly. He resigned shortly after.

My next serious hypocalcaemic crash happened whilst at work in 2010. By then I had learned to get to A&E fast for emergency IV calcium.

The worst major crash of all happened in January 2012 which left me seriously traumatised, in shock and in hospital. My body went into total shut down. My limbic system ceased to function. My cognitive function was impaired. My brain and my body were not in sync. My muscles had totally seized including my tongue. I wasn’t able to verbally communicate, swallow or eat. I experienced extreme fear. I had suicidal thoughts. I ticked off every text-book symptom just narrowly escaping death. This crash was brought about by a defective batch of Alfacalcidol medication.

It took me over a year to recover (physically, emotionally and mentally), and for my bloods to eventually stabilise.

It was around this time that I came to learn what hypoparathyroidism actually meant, having suffered silently for the best part of my adult life.It is with my eternal gratitude to Liz and the team, plus the members of HPTH UK, that I finally have answers. I finally understand my medical condition and I have learned about the importance of calcium for people like me. I am not alone.

I have an amazing endocrinologist who has been with me from the start and I am indebted to him and his team for their continued support. Hypoparathyroidism is a rare disease that needs constant monitoring, long-term management and life-long treatment. I feel lucky that I have a team of doctors that understand the condition. However I am very aware that there are plenty of medical professionals who still have a lot to learn.

I have been in remission from thyroid cancer for 25 years but I still live with hypoparathyroidism. Currently I see my endocrinologist every month with monthly blood tests. With constant monitoring I am able to lead a full and active life.

One of the side effects of having this condition is having kidney problems. I have also chronic kidney disease stage 3… but that’s another story.