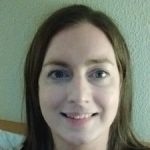 Fiona has had hypopara since 2003 following a total thyroidectomy. She was very well maintained and had two children without any problems and felt like she was leading a normal life, until she moved home and changed doctors, when things went horribly wrong. Here she explains how high calcium and inappropriate health care nearly ruined her and her family life – and how she came back again to good health.

Fiona writes: In April 2015 I went to my new GP for the first time after moving house with tingling. The GP never met anyone with hypopara before so sent me to the acute assessment unit of my local hospital to get bloods done as we both felt it was my calcium. As it happens my calcium was exactly where it was meant to be, but my new endo decided my calcium was too low and increased my Adcal from four to six tablets a day. I questioned her at the time but at this point I knew very little about hypopara because I was so well maintained on Adcal and when I was first diagnosed there was no info on it.

After increasing the Adcal I started feeling unwell, it was nothing specific, I just wasn’t coping at work and with life in general. In August I broke down at work to a colleague and said I felt I was having some sort of a mental breakdown. A few weeks later we went on our annual holiday where I started to anxiety and ended up in hospital in Spain with terrible heart arrhythmias.

I was diagnosed with anxiety. Back home my GP sent me for tests which all came back normal. By this stage I was unable to work and on sick leave. One evening I was home alone with the children when I started to feel faint and had a rapid heartbeat. I rang dad and while on the phone to him I passed out. He came very quickly and found me slumped on the ground with my two children aged three and five asleep upstairs.

I had several further hospital visits, and at one time, multiple sclerosis was suspected. But I was discharged with no diagnosis of anything. Within 24 hours I took Ill again, this time with full-blown tetany, I had rigors, I thought I was going to die, and so did my husband. I went to hospital by ambulance. My blood calcium was extremely high, but again the endo said it was ‘fine’.

A few days later her registrar came to me, pulled the curtains round, diagnosed me with anxiety and asked my permission for a psychiatric referral as I needed to be admitted there. I knew then that if I stayed any longer with this team that I’d perish so I found a private endo. On the day I discharged myself the endo came round with her team and said she didn’t know what was wrong with me and actually diagnosed me with fibromyalgia. I was humiliated and broken sitting in my pyjamas in a six-bedded unit in front of six professionals.

When I finally saw the private endo she was horrified at the state of me and my bloods. She immediately put me down to two Adcal and started to wean me off calcium permanently. Some weeks later I ended up in hospital gravely unwell with a reading of 3.33 as I was started on one alpha too soon.

At this point I was also diagnosed with acute kidney failure. I was a mess, my family was a mess, the children thought I was going to die and I was broken, physically, financially and mentally. Fast forward a full year later and I’m me again, off calcium altogether, kidney nearly resolved, mentally well and loving life.

One group of people got me through all of this and that was you all at Parathyroid UK. I found you a few months ago and I might as well have won the lottery. You gave me hope.