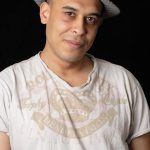 After a long day of teaching, I was standing in a crowded tube making the all too familiar commute back to my then home in Acton Town, in Central London. I’d been unwell for most of the day, and this feeling that something was not quite right had been plaguing me for many months. I’d been experiencing muscular aches and pains, exhaustion, stomach cramps and a frightening mental fogginess paralysing my ability to focus on my work. My legs were trembling. I’d been to the GP several times, but the doctors always sent me home, assuming that whatever it was would probably go away by itself. One of the doctors I saw believed I was experiencing depression, but I never felt depressed.

As the train doors opened and the passengers spilled out onto the platform, my legs gave way entirely. I lay with my face pressed against the cold, grey platform floor, listening to the centipede of commuter feet around my head. Shocked and confused by my legs’ reluctance to cooperate, nonetheless I was determined to make my way home. I crawled for several metres along the ground, up and down two flights of stairs, to catch my connecting train on the adjacent platform.  When I eventually got to Acton, I crawled for half an hour back to my house. I removed the keys from my bag and tried to reach the keyhole, but it was too high. I felt like a baby, arms outstretched, in a futile attempt to grasp the cookie jar on the kitchen counter. After several minutes of banging my fist at the door, my then-girlfriend let me in. I remember being amused by the whole affair, no doubt still in shock. ‘My legs have stopped working’, I laughed.

After several months in bed and many trips to the hospital, I was diagnosed with hyperparathyroidism, the result of a rare genetic condition. It was a relief to finally have a diagnosis for the overwhelming exhaustion and the unexplained aches and pains. I was told I needed minor surgery – a simple procedure involving the removal of all but one-half of my parathyroid glands – but that the waiting list was six-months long. Fortunately, my employers, keen for me to get back to work, paid for me to go privately.

My surgeon explained that once the glands were removed, I’d “feel as right as rain”. What he neglected to mention was that I would never feel quite “normal”: that I would have to spend the rest of my life feeling permanently under the weather, that a host of other peculiar symptoms would manifest in the years after my operation, and that from then on, my life would be a daily struggle with exhaustion. And although I’ve achieved a great deal since my operation, more than I did before my diagnosis, I would come to realise that some of those battles I would have to learn to lose and days would be lost to my bed. Many have referred to this condition as an invisible disease: I look “normal” and can do all the things I used to do at least some of the time, but day-to-day my life is that much harder. I’ve learned to fake being healthy.

I was finally diagnosed with post-surgical hypoparathyroidism about 2 years after my operation. Until then, I had only been given calcium tablets but eventually my GP put me on calcitriol (after a bad reaction to alfacalcidol) which made a big difference.

After months of frustrating conversations with endocrinologists, many seeming apathetic towards my concerns about my post-operative health, I stumbled across a Facebook group set up by Hypopara UK. The group consisted of people from various walks of life, young and old, all wanting to know if others had similar experiences with a bizarre assortment of symptoms. Like me, many were frustrated by the absence of aftercare following their surgical procedures. Others, whose sons, daughters, husbands and wives were born with the condition, were keen to discuss their experiences. We shared test results, information about medication and nutrition, and lifestyle advice. It was a revelation to see not only the diversity of people coping with the condition, but also the similarity of the stories. Like me, many others were confounded by the lack of information about the disease.

By chance, I recently met someone who has just been diagnosed with the condition. They seemed relieved to hear about my experiences. I told them about the wonderful work of Hypopara UK, and of Liz Glenister in particular, and the usefulness of Hypopara UK’s Facebook group. There are times, particularly when I have healthy periods, the last thing I want to do is to reflect on my chronic illness. But there are also times when I want to engage with people who understand—really understand—the unique challenges of this condition. And the group is a rich source of practical advice, some of which has been positively transformative for my quality of life. Even during those periods when my involvement is sparse, it is of great comfort to know that there is a place where I can go for friendly support.