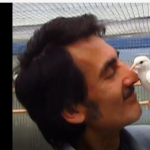 In 2009, Al got a printout from his GP which showed raised calcium and unstable PTH levels. This was never flagged up or explained to him and it was only much later that he understood why he had often felt so giddy. Finally diagnosed six years later, he then faced a further struggle to get the surgery he needed because of his age.

Despite the length of time involved before I got a diagnosis, I’m relatively lucky considering the ordeal that so many of my friends and fellow sufferers have experienced.

In the summer of 2015, I started to experience a hot burning sensation in my right abdomen near my hip bone. I had scans which showed tiny gallstones but my GP said there was nothing to worry about.  In December I was admitted to A & E with severe abdominal pain. I was told I had high calcium of 2.76 adjusted. My PTH was 11.6.

I was referred to an Endocrinologist whom I saw in February 2016. He agreed surgery for me initially but then when he realised I was over the age of 50, he backtracked and said I wouldn’t be considered for surgery to remove the offending adenoma, even if the sestamibi scan, which he was arranging for me, proved positive. This was because of the outdated but still upheld recommendation in the International Workshop on the Management of Asymptomatic PHPT guidelines for management of hyperparathyroidism which advised against surgery for people over 50.

We discussed the more recent 2014 guidelines. I told him that the age 50 rule was just advisory not mandatory but he wouldn’t accept my pleading.  I was completely disheartened, to say the least, and I’m so very glad that my partner was with me at the time for much-needed support.

I asked my GP to refer me for a second opinion, knowing that I needed surgery, but he refused. I left the GP practice that day and joined my partners’ GP surgery. Within a couple of weeks, I had an appointment with my new GP who was very helpful and understanding and who referred me to Mr Hardy in Liverpool at my request.

I had my parathyroidectomy in July 2016 after the initial consultation and some tests. Mr Hardy was very considerate and caring. The surgical team were just brilliant. I remember just before being sedated, they asked me where I would love to be and I told them in the Canaries with my 9 dogs. We had a laugh and then before I knew it I was in the recovery room.  The care I received from Mr Hardy and all the other medical staff was wonderful. I will never forget it & will always be grateful to them.

My symptoms started to improve immediately. My cramps stopped and the nausea went too. It took a while for my fatigue, palpitations and many other symptoms to disappear.

My current state is that some symptoms have returned after a very short time, mostly the severe fatigue. I’m being monitored by my GP after he found a very slightly raised PTH but normal calcium. I’m hoping it’s just a blip and feel positive and reassured by the fabulous support I have from many wonderful & caring friends who’ve suffered this horrid illness also, many of whom are in this loving and caring group Hyperpara UK Group.

We can feel very alone at times and it can be very depressing but the support I’ve received has been just fabulous.  I’ve met some very lovely friends on my health journey and I’d like to say many, many thanks to Liz Glenister, the first person I ever had help and advice from regarding this horrid illness.

Note from Hypopara UK: We are currently involved in helping to develop the new NICE guidelines on the management of hyperparathyroidism, due out in 2019. In the meantime, our leaflet on hyperparathyroidism aimed to bridge the gap and correct this misunderstanding. The leaflet was highly commended at the BMA Patient Information Awards 2017 and is available to download from the website.