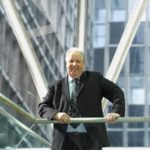 Born and educated in Glasgow,Professor Fraser graduated from Glasgow University and now heads the first institute in bone and muscle research at the University of East Anglia. Read more He supervises a very active research group investigating the diagnosis and treatment of metabolic bone disease including osteoporosis and Paget’s Disease of bone. He is on the Editorial Board of several journals, a Director of the Supra Regional Assay Service for bone metabolism and calcium homeostasis, and a Medical Advisor to the National Osteoporosis Society. He was a recent recipient of the ACB Foundation Award and presenter of the John Ireland Lecture.

At our request, he conducted the UK arm of ‘REPLACE’, the first global clinical trial into the use of PTH 1-84 as a treatment for Hypoparathyroidism,  in 2010/11 at the Royal Liverpool University Hospital. 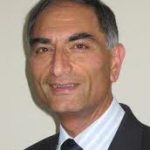 Professor Gittoes is Consultant Endocrinologist at Queen Elizabeth Hospital Birmingham(QEHB) and Head of Centre for Endocrinology, Diabetes & Metabolism at the University of Birmingham. He provides transition services for young people with calcium and bone problems at the Birmingham Children’s Hospital. He is also Consultant in Metabolic Bone Diseases at the Royal Orthopaedic Hospital, Birmingham.

Prof  Gittoes was appointed consultant in 2001 and has over 20 years of experience in specialist endocrinology at the Queen Elizabeth Hospital Birmingham, one of the largest and most highly regarded endocrine centres in the UK.

Over this time Prof Gittoes has developed a subspecialty interest in metabolic bone diseases (such as osteoporosis, primary hyperparathyroidism, calcium problems and vitamin D deficiency) for which he is recognised nationally. In 2014 was awarded a national Silver (level 10) Clinical Excellence Award.

Professor Turner is a consultant endocrinologist at the Norfolk and Norwich university hospital in Norwich where he works with Prof Bill Fraser. He has had a long standing interest in disorders of calcium metabolism. He trained in endocrinology at the Hammermsith Hospital in London with Prof Raj Thakker and Prof Steve Bloom and later undertook a PhD in Oxford with Raj Thakker.

His research has included work on the molecular genetics of parathyroid disorders including Multiple Endocrine Neoplasia and  calcium sensing receptor disorders.

He has a keen interest in clinical service development and service delivery and has developed a range of clinical guidelines covering calcium and metabolic bone disorders in Norwich as well as contributing to the Society for Endocrinology hypocalcaemia guidelines. 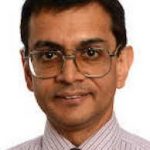 Professor Karim Meeran is a Professor of Endocrinology, Deputy Director of Medical Education and Lead Clinician for Endocrinology at Imperial College, London. After qualifying from the Royal Free Hospital, London in 1988 he trained in Endocrinology at Hammersmith Hospital and St Bartholomew’s Hospital.

His clinical focus is in all aspects of endocrinology and diabetes including thyroid, adrenal, prolactin and pituitary diseases, parathyroid, calcium, vitamin D and bone metabolism and neuroendocrine tumours.

I am a consultant in endocrinology at Ninewells Hospital and Medical School in Dundee, and previous Lecturer at the University of Liverpool.  I have a research interest in Endocrine epidemiology and have published in areas of thyroid, parathyroid and pituitary disease, in addition to studies in diabetes.

I am National Lead for Metabolic and Endocrine research in Scotland, clinical Team Leader for the service locally and am on the Executive committee for the Caledonian Society for Endocrinology and Diabetes.  I have previously been on the Editorial Board for the journal Clinical Endocrinology.

I am a Consultant Paediatric Endocrinologist with a special interest in “Calcium and Bone Disorders in Children and Adolescents” and am a co-editor (with Jeremy Allgrove) of a book with that title.

I have been working in Birmingham Children’s Hospital Endocrine Department for 25 years and particularly enjoy the clinical contact with patients and families.

Professor Pearce is an expert on thyroid disease and calcium disorders. His research interests are in the molecular genetics of autoimmune endocrine disorders (eg. Graves’ disease, Addison’s disease & autoimmune polyendocrinopathies), parathyroid and calcium sensing disorders, and the outcome of subclinical thyroid diseases. 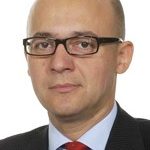 Radu Mihai is a Member of the Executive Committee of the British Association of Endocrine & Thyroid Surgeons (BAETS) and was awarded the prestigious Hunterian Professorship from the Royal College of Surgeons in 2008.

Mr Fausto Palazzo was appointed consultant endocrine surgeon at Hammersmith Hospital, London in 2004 and is an honorary senior lecturer at Imperial College London. He is Clinical Lead for Endocrine & Thyroid Surgery and has one of the largest clinical practices dedicated entirely to thyroid, parathyroid and adrenal surgery in the UK. He is actively involved in quality assurance in the all aspects of endocrine surgery and has a research interest in hyperparathyroidism in pregnancy and miscarriage related to hyperparathyroidism. 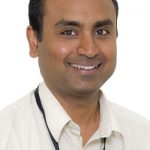 Saba Balasubramanian is a senior lecturer and consultant endocrine surgeon in Sheffield. His research interests include the improvement of outcomes following thyroid and parathyroid surgery. His current work focusses on the epidemiology, prevention and management of post-surgical (iatrogenic) hypoparathyroidism.

He is exploring a number of novel intra-operative technologies that have potential to reduce the risk of inadvertent injury or removal of normal parathyroid glands during surgery. 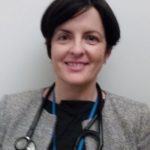 Dr Rachel Crowley is a consultant endocrinologist at St Vincents University Hospital, a major academic teaching hospital, affiliated to University College Dublin, committed to patient focused care. Dr Crowley is an expert on hyperparathyroidism and lectures on the disorders of the parathyroid glands, calcium metabolism and bone.

Dr Shine’s clinical interests are in Endocrinology and Diabetes. He sees patients at theOCDEM centre (Oxford Centre for Diabetes, Endocrinology & Metabolism at the Churchill Hospital) and works closely with Hypopara UK . 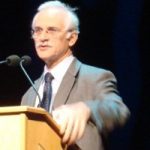 Dr Perros specialises in thyroid and parathyroid disease and adrenal disorders. He has pioneered, with nurse Margaret Morris, a programme for reducing alfalcalcidol and calcium supplements in post thyroidectomy patients. Dr Perros is the chair of the BTA Thyroid Cancer Guidelines Update Group respionsible for the revised edition of the  BTA Thyroid Cancer Guidelines 2014.

Dr Selby trained in medicine at Cambridge and Birmingham and then worked for the Medical Research Council at their mineral metabolism unit in Leeds where he developed my interest in metabolic bone disease. He completed his training in endocrinology at Newcastle and moved to Manchester in 1990. He works in acute general medicine and endocrinology with an emphasis on disorders of calcium and bone metabolism.

Tom Kurzawinski is a Consultant Pancreatic and Endocrine Surgeon at the University College London Hospitals, Royal Free Hospital and Great Ormond Street Hospital in London. He is a Fellow of the Royal College of Surgeons of Edinburgh and a member of British Association of Thyroid and Endocrine Surgeons, British Society for Endocrinology and Pancreatic Society.

He trained in Poland and the UK and in 1998 became a Consultant Surgeon at The Middlesex Hospital, specializing in surgery of the pancreas, thyroid, parathyroid and adrenal glands. He established the Centre for Endocrine Surgery which provides surgical treatments for children and adult patients with diseases of the endocrine glands and has authored many articles and guidelines.

Tom has devised the first calcium home tester for patients with hypoparathyroidism which he hopes to trial very soon. 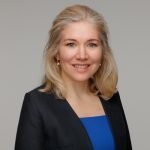 Miss Di Marco qualified from the University of Cambridge and University of London in 2004 and undertook her specialist surgical training in London, including a PhD in Surgical Technology. She was the T.S. Reeve Fellow in Endocrine Surgery at The Royal North Shore Hospital, Sydney, Australia, one of the world’s highest volume endocrine surgical units. She was awarded the ASGBI Gold Medal for the best performance in the Specialty Examination of the Royal College of Surgeons (endocrine subspecialty) in 2016.

Aimee treats endocrine surgical diseases of the thyroid, parathyroid and adrenal exclusively. She has a high volume practice and an active research interest. Research areas include surgical technology in thyroid and parathyroid disease, encompassing autofluorescence of parathyroid glands and molecular diagnostics in thyroid disease (for which she is currently a ‘NICE’ expert adviser) and the effects of endocrine disease in women of reproductive age, namely hyperparathyroidism in pregnancy. She is an Honorary Senior Lecturer at Imperial College, where she is Lead in Anatomy & Diagnostics and Lead for Senior Surgery in the Medical School. 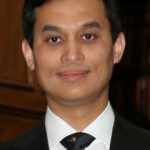 Dr Aye very kindly worked with us to develop our first patient information leaflet. He specialises in parathyroid disease, bone and calcium metabolism.

Dr Browne is a  Consultant in Endocrinology and divisional director of acute medicine at Royal Cornwall Hospital. He previously worked at Southampton before moving to Cornwall in 2005. He sees patients with endocrine and metabolic disorders including hypoparathyroidism 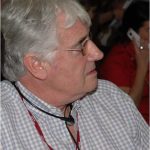 Dr Allgrove is a Consultant Paediatric Endocrinologist with a particular interest in bone and calcium disorders in children. Now officially retired from the NHS, he remains an advisor to Parathyroid UK and still works 2 days a week at Great Ormond Street Hospital where he sees a number of children with different forms of hypoparathyroidism, mostly genetic in origin.

In 1978 Dr Allgrove and colleagues discovered a rare congenital endocrine disorder, which was named Allgrove Syndrome after him.

Dr Stephen Bellamy is a Sussex GP, a Clinical Director Member of the Governing Body of the Horsham & Mid Sussex CCG and Mid Sussex Chair of the Locality Group. He is a member of the Delivery Group and the Commissioning Patient Reference Group.  He was involved in administering the GP-run Out Of Hours Co-Operative between 1996 and 2008.

Dr Bellamy pioneered an emergency calcium blood testing protocol at his surgery and raises awareness about hypoparathyroidism at CCG level and to hospitals. 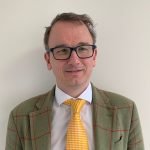 Professor Graham is experienced in the imaging of parathyroid disease and is co author of the BNMS Parathyroid adenoma localisation guidelines.